October 6, 2014 by Marie filed under Journey

I'm what you'd call a recreational hiker.It's hard to be anything more when you live in Houston, Texas, which is 50 miles above sea level and an 8 hour drive to the closest mountain.

But I have aspirations of hiking more, of living near mountains, of having easy access to those big hunks of rock that are always beckoning me. 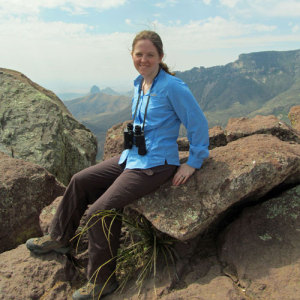 At the summit of Lost Mine Trail, Big Bend National Park

Over the years, I've developed a bucket list of 5 hikes. They're all very different from each other, but they've each captured my fascination and just won't let go. 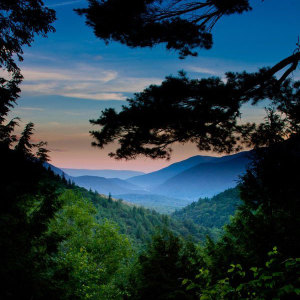 I grew up in the North Carolina foothills, a short drive to the Blue Ridge Parkway and parts of the Appalachian Trail (AT).

There's nowhere in the world that feels more like home to me — or seems more mysterious — than the Appalachian Mountains.

They're ancient. We're talking 300 to 500 million years old. They are the oldest mountains in North America, which is why they're so much shorter and more worn than the Rockies.

While you won't find a tree line, you will find amazing plant and animal life, gorgeous spring and fall color, historic sites and plenty of awesome people.

At 2,200 miles, the AT goes from easy segments to strenuous ones. It reaches as high as 6,643 feet above sea level at Clingman's Dome, and as low as just 124 feet at Bear Mountain State Park in New York.

It's long enough to be a challenge but familiar enough to make me never want to leave. 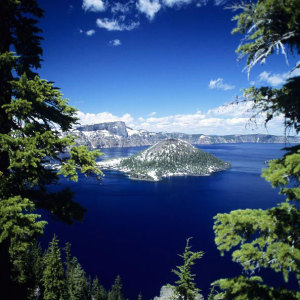 Another long trail, the Pacific Crest Trail (PCT) has been on my list ever since I first learned about it. It's longer than the AT by around 460 miles, and it stretches all the way up as high as 13,153 feet at Forester's Pass.

But what is most amazing about the PCT to me is the stunning scenery it connects. From the US's southern and northern borders, through three states and seven national forests, the PCT takes hikers through pristine environments best enjoyed on foot.

It hits highlights of the American West that I've heard about all my life — the John Muir Wilderness, Yosemite National Park, Lassen Volcanic National Park and Crater Lake — as well as some I can only imagine.

Hiking this trail is a huge commitment, requiring months of preparation and more months of actual trekking. I hope some day to be able to complete some, if not all, of this famous trail. 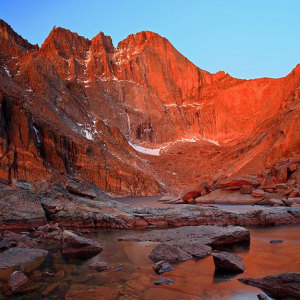 Rocky Mountain National Park has always been one of the most special places in the world to me. I have been visiting since my early childhood, starting off small on the Bear Lake Trail and graduating to more mountainous day hikes like Loch Vale.

But ever since I learned about Longs Peak, with its distinctive profile and soaring height of 14,259 feet, I knew I had to get to the top one of these days.

It's not a casual proposition, climbing Longs Peak. It requires an early wake up call, an arduous trek through boulder fields, a scramble up sheer rock faces, a mincing walk along a narrow walkway that clings to the mountain's side, and constant vigilance as to the weather. At its impressive altitude, hikers can experience winter-like conditions year-round, and lightning storms above the tree line are common occurrences in the early afternoon.

But for those who make it to the summit, the panoramic views of one of America's treasures — Rocky Mountain National Park — are well worth the effort. 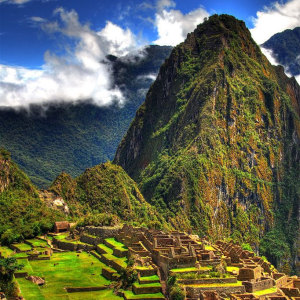 My fascination with the Inca Trail began the first time I saw a photo of Machu Picchu. You know those places that pictures just don't do justice? I have a feeling Machu Picchu is like that.

This remarkable, ancient ruin in Peru was once home to Inca who abandoned it almost 450 years ago around the time of the Spanish Conquest. While I'm sure it was even more impressive in its heyday, it is a strikingly beautiful archaeological site, situated delicately atop a mountain, exposed to heavy rain, earthquakes and tourism. It is recognized as a UNESCO world heritage site.

It is situated at 7,970 feet, but there is plenty more hiking in the Andes at greater heights accessible on the Inca Trail (as high as 13,800 feet).

Because tourism has an adverse impact on erosion of the delicate trail, those who wish to trek it must register with a guide group, and numbers of travelers are strictly controlled. Trekkers should allot four or five days for the journey, not including airfare and other travel around the region. 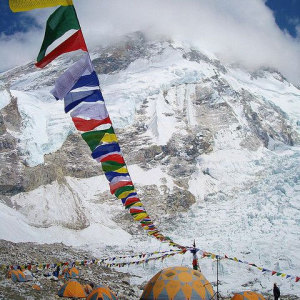 I'm not crazy (or brave) enough to even imagine hiking to the peak of Mt. Everest. But making it to Base Camp seems doable, if still a huge challenge.

Situated at 17,598 feet, it's the highest of the hikes on my bucket list. It is a way point for trekkers to adjust to high altitude before they attempt the summit at an astonishing 29,028 feet — but it's also a destination in and of itself for those who wish to see the world's tallest mountain in person.

The multi-day path is lined with lodges that give rest to travelers. Porters and guides are available for those who wish to have these services. Base Camp itself is beautiful. Although the landscape is barren and surrounded by glaciers, it is dotted with tents and prayer flags that bring it color.

These two massively tall mountains are definitely on my list, but they take immense resources to reach, just like Everest and Peru do, so they fall a little lower in priority.

Hopefully I'll achieve all of these and more, and I'm already cooking up concrete plans to hike the Inca Trail before I'm 30.

What hikes are on your bucket list? Have you done any of these?

← You Too Can Become a Digital Nomad!
RV Transition Update →