Over Bridges & Mountains: Venturing to Vancouver

British Columbia may officially be The Best Place Ever. That is, if you like good food, snow-capped mountains, abundant lakes, rocky beaches, and trees EVERYWHERE.

But before I gush about my time there, I've got some catching up to do.

You see, back on October 31, 2016, Josh and I revealed we were changing our pace. We had made the decision to establish a home base (while keeping the RV). We were ready to take "slow travel" to a whole new level.

And then things got real quiet over here at Ardent Camper.

So here's what we've been up to in the intervening months: 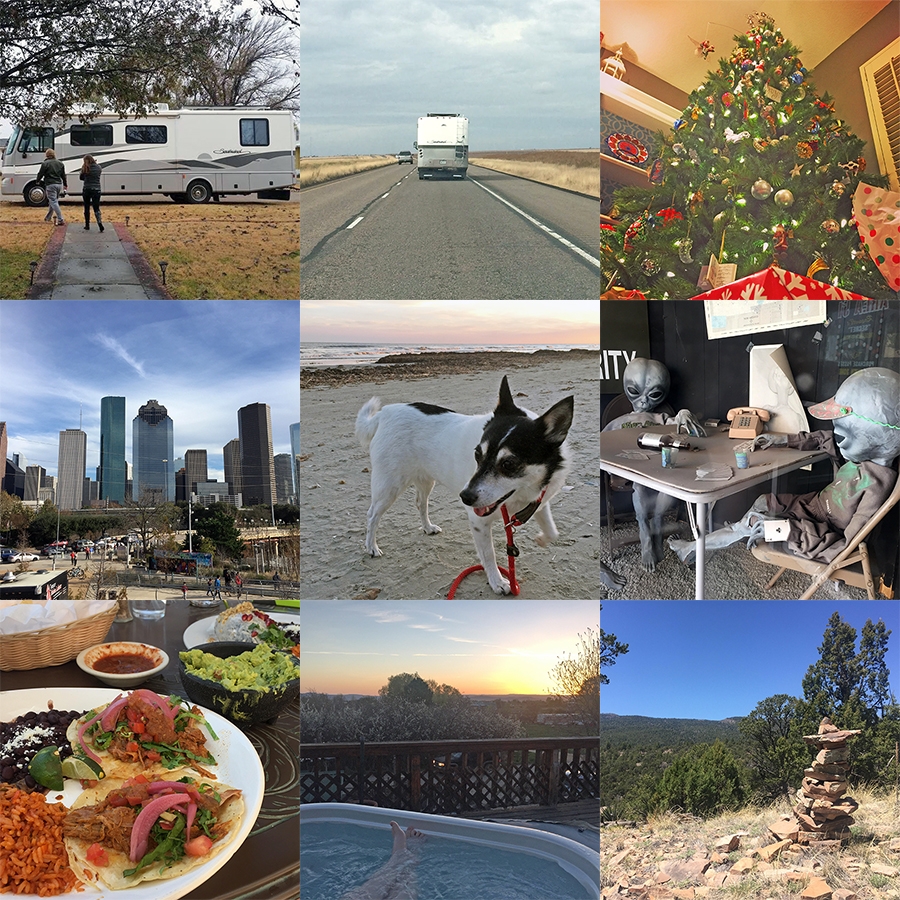 I'm working on writeups about these adventures and more, but for now, let's get back to British Columbia.

I took my journey to Vancouver in June, 2016 sans Josh because I was meeting my business partner, Jessi, for our biannual in-person business retreat. For our week-long stay, we rented an Airbnb in the Deep Cove neighborhood of North Vancouver. 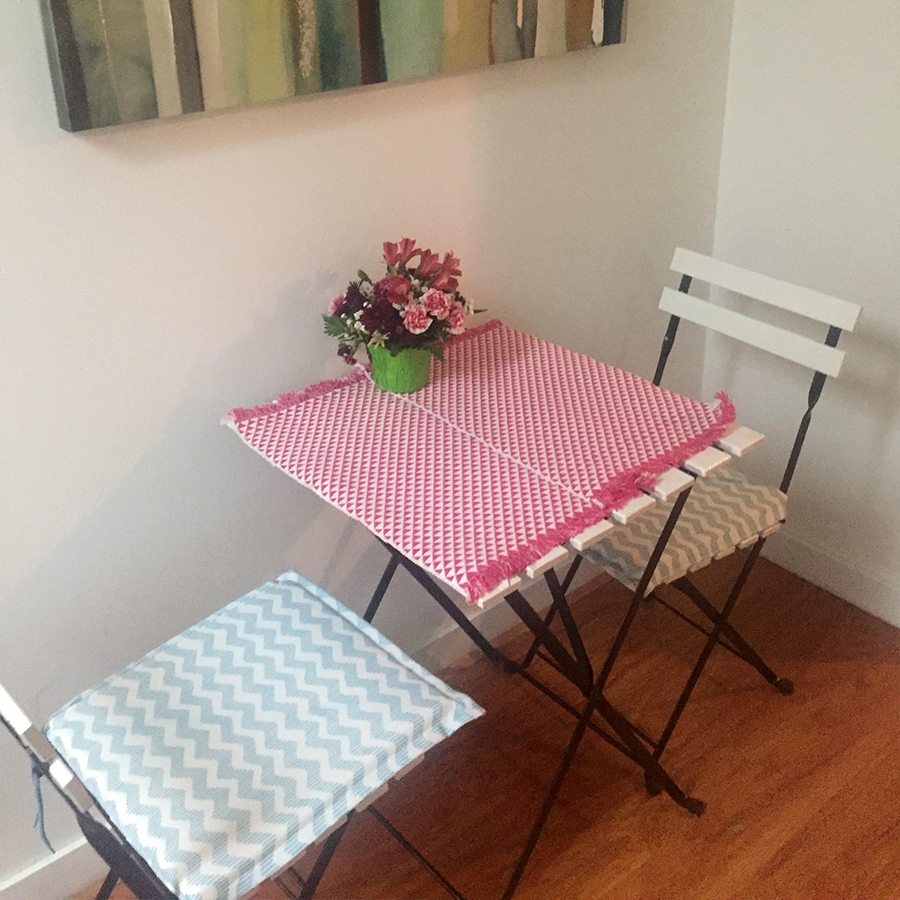 We didn't realize how much we'd love the location until we arrived. 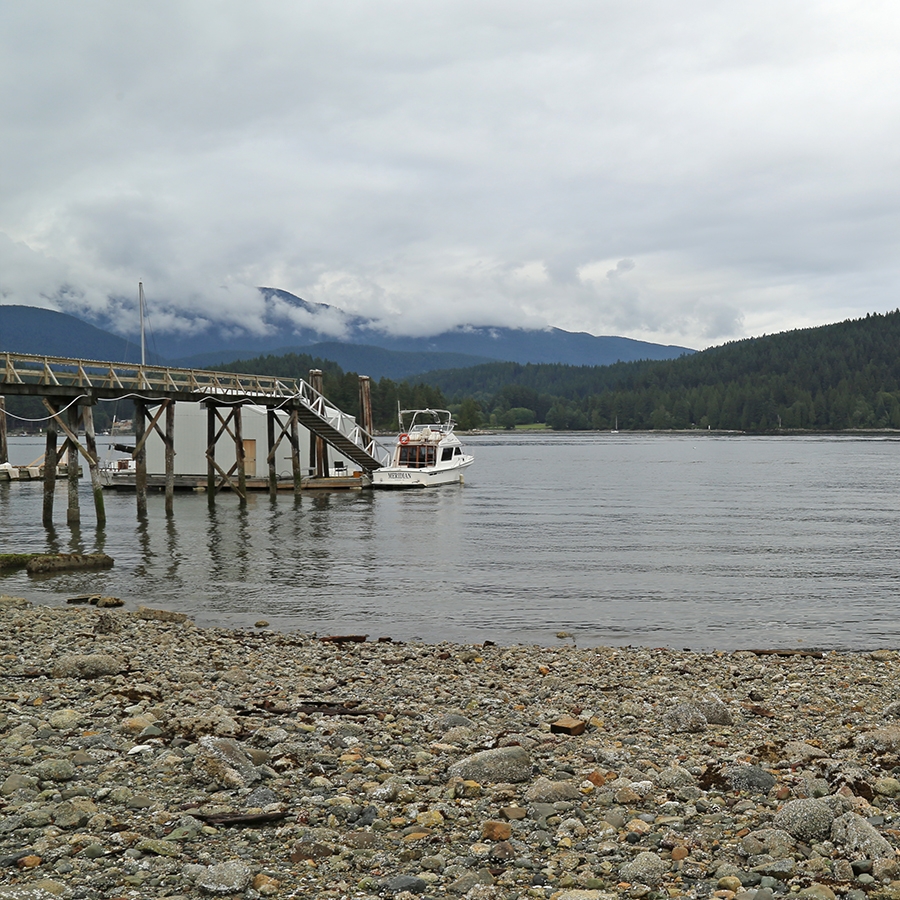 This beach was just a few blocks away

With several grocery stores, restaurants, and hiking trails within walking distance of our place, it was utterly ideal. North Vancouver ended up being a perfect place to be close to amenities and tons of natural beauty, yet away from the city's hustle and bustle. 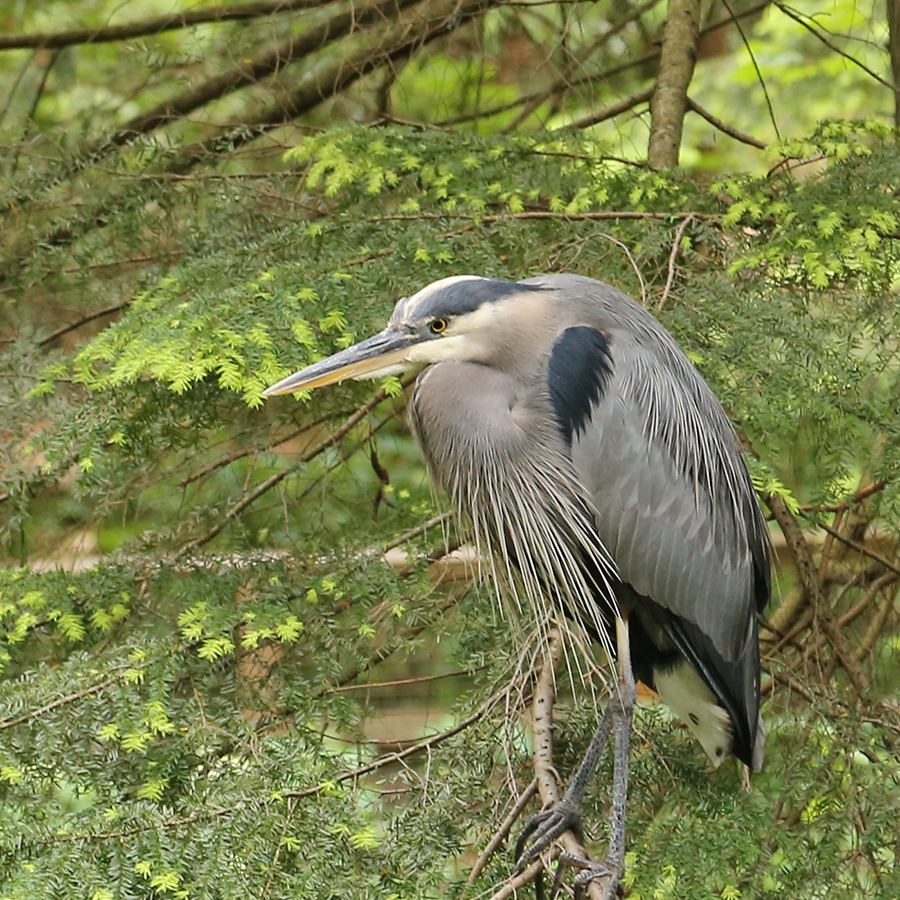 We saw wildlife, too, like this Great Blue Heron.

We really did work most of the time (promise!). But because Jessi and I were hiking buddies before we were business partners, we needed to get in plenty of adventures, too. 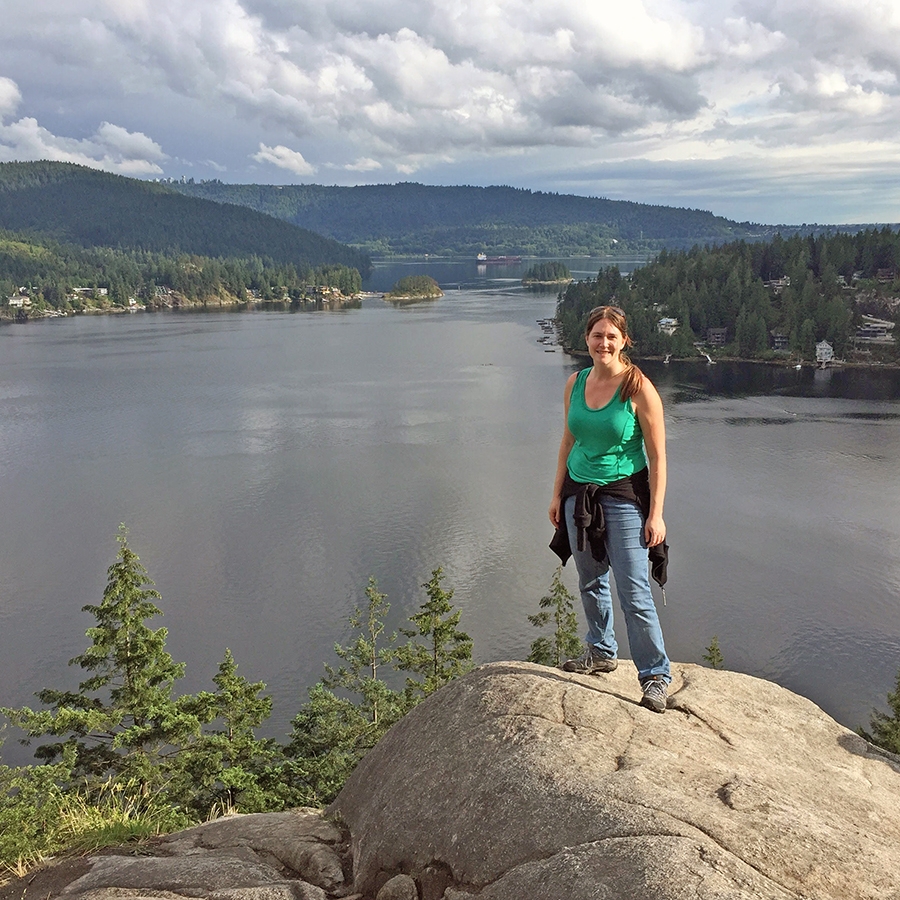 Like Quarry Rock Trail: a relatively short hike with a great payout

We stumbled, almost by accident, upon the seriously impressive Cleveland Dam. For anyone who's seen Man in the High Castle, you might recognize this place. 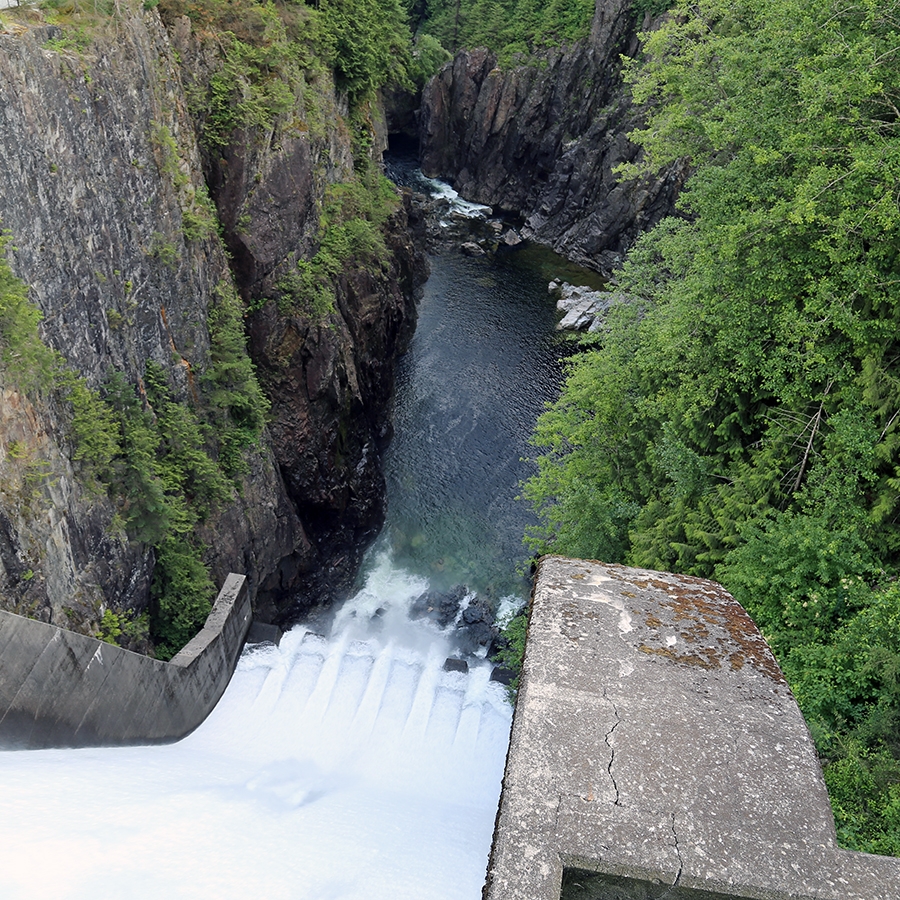 Above all that raging water is Capilano Lake. It's so pretty you might find yourself wondering if it's actually real. (That happens a lot in British Columbia.) 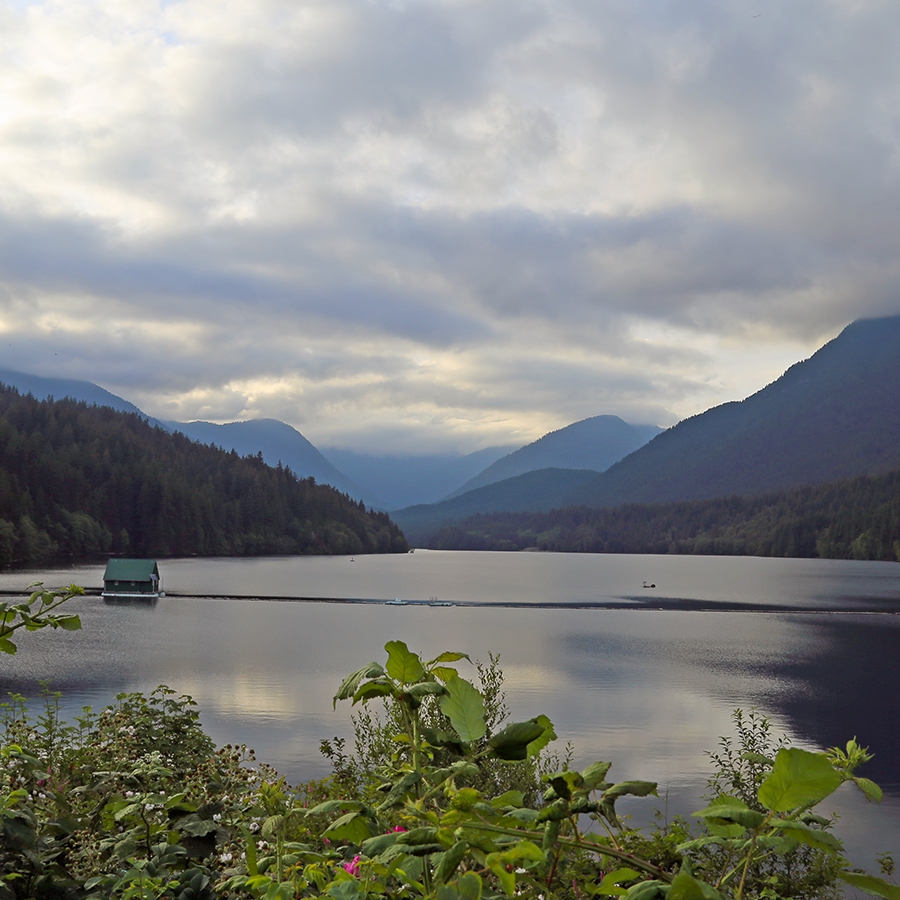 Seriously, things just get insta-prettier when you cross the Canadian border.

Two of my friends were visiting while we were there, so we took an afternoon off and headed into the city. 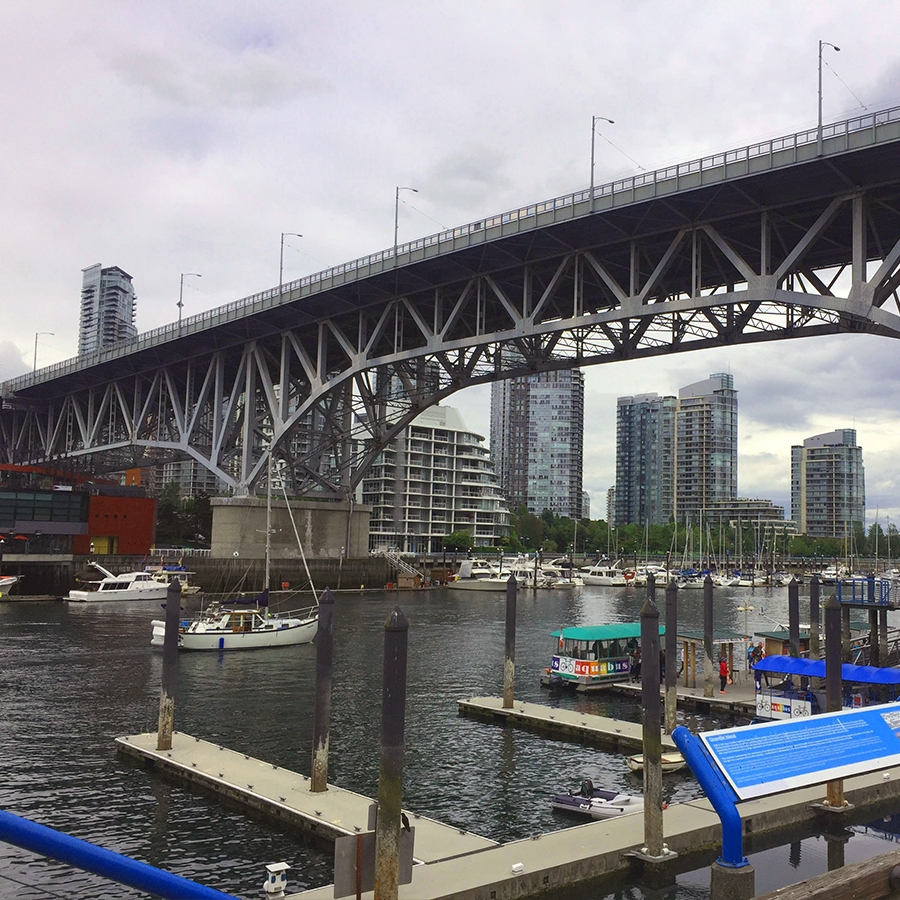 We went to Granville Island, to be specific. Here's the bridge that passes over the island.

We explored the Public Market and shops (heeeeey gelato!), and enjoyed scoping out the houseboats moored on False Creek. 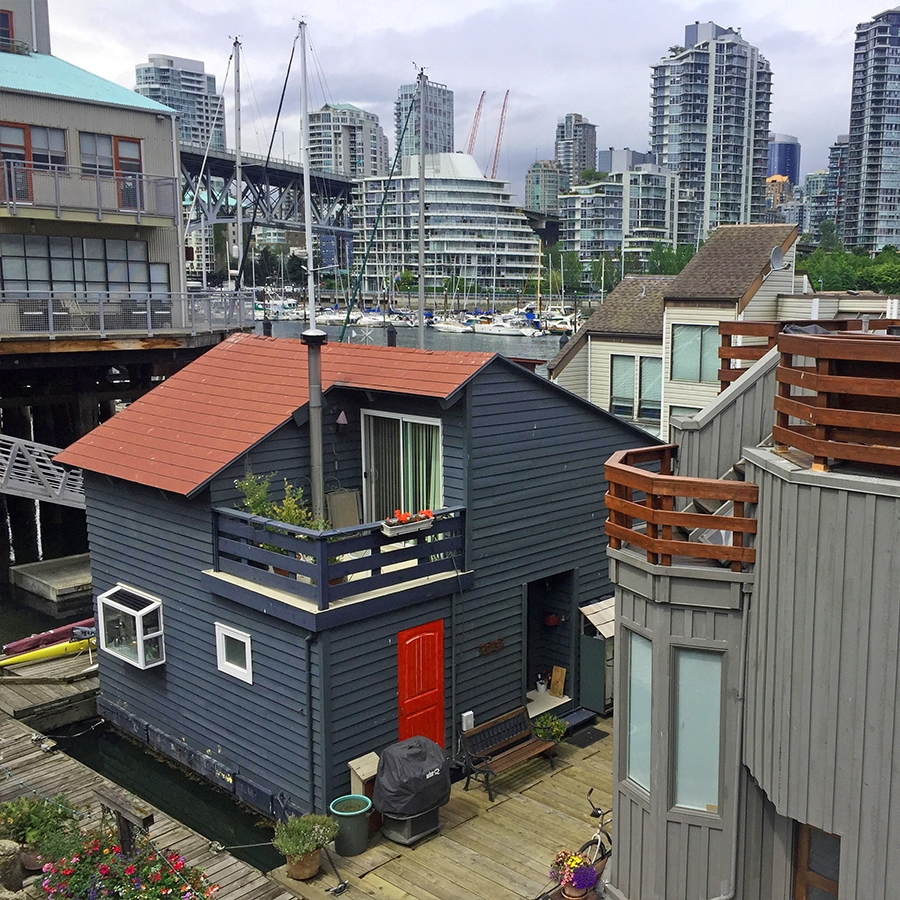 Nope, Seattle does not have a monopoly on awesome houseboats. Learned that here.

Jessi and I are pretty low-budget travelers, but we did splurge on one adventure during our trip: Capilano Suspension Bridge. At the time it was around $40 CAD per adult.

There are several attractions at the park, including the Cliff Walk, Treetop Adventure, several nature walks, a restaurant and shopping area, historic and natural interpretive areas, and of course the suspension bridge, itself.

This place is awesome, but not for the heights-averse. 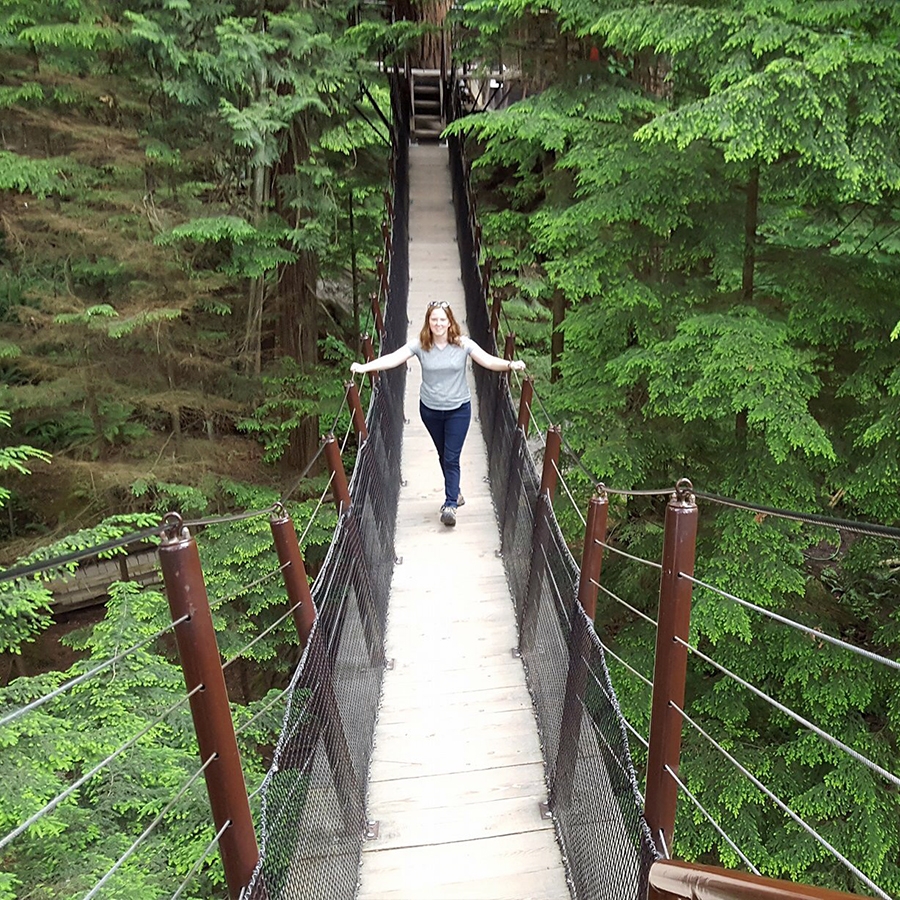 The suspension bridge was crowded, so here's me on a miniature version in the Treetops Adventure area.

If you've ever wanted to feel like an Ewok, this is the place. Awesomely, the platforms are kept suspended by metal collars around the trunks that don't harm the trees in any way. Every now and then, they move the collars around to allow the bark a reprieve.

My favorite attraction was the Cliff Walk, with daring passageways like this: 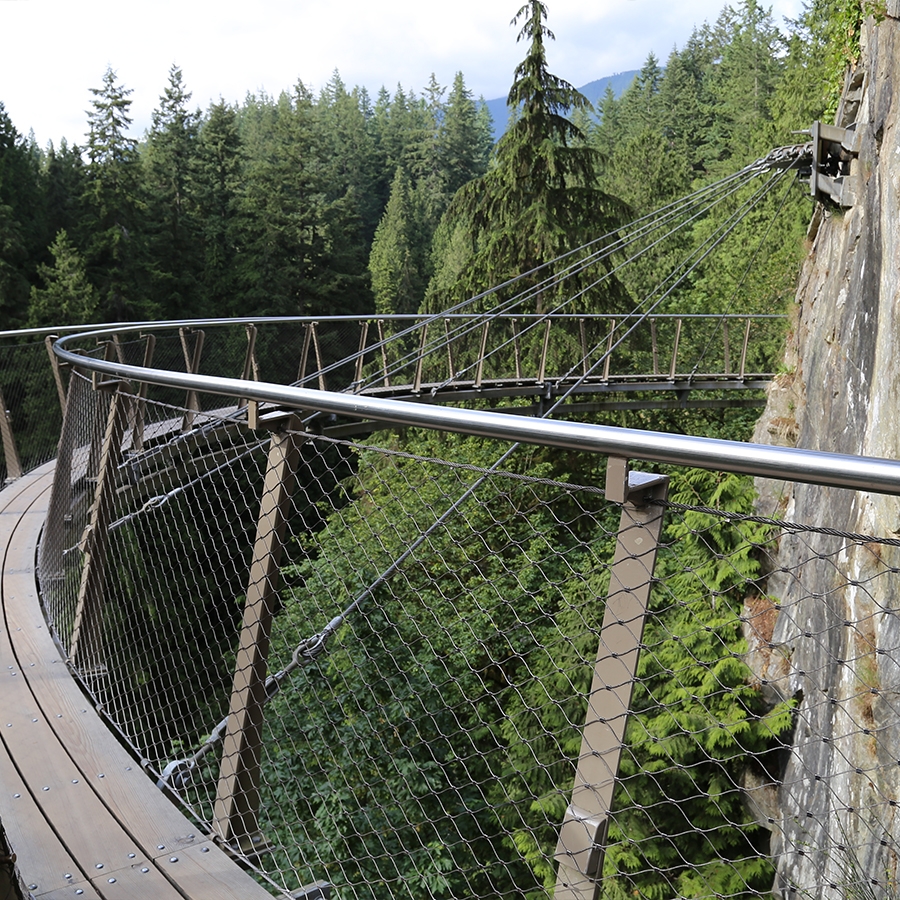 And did I dare? 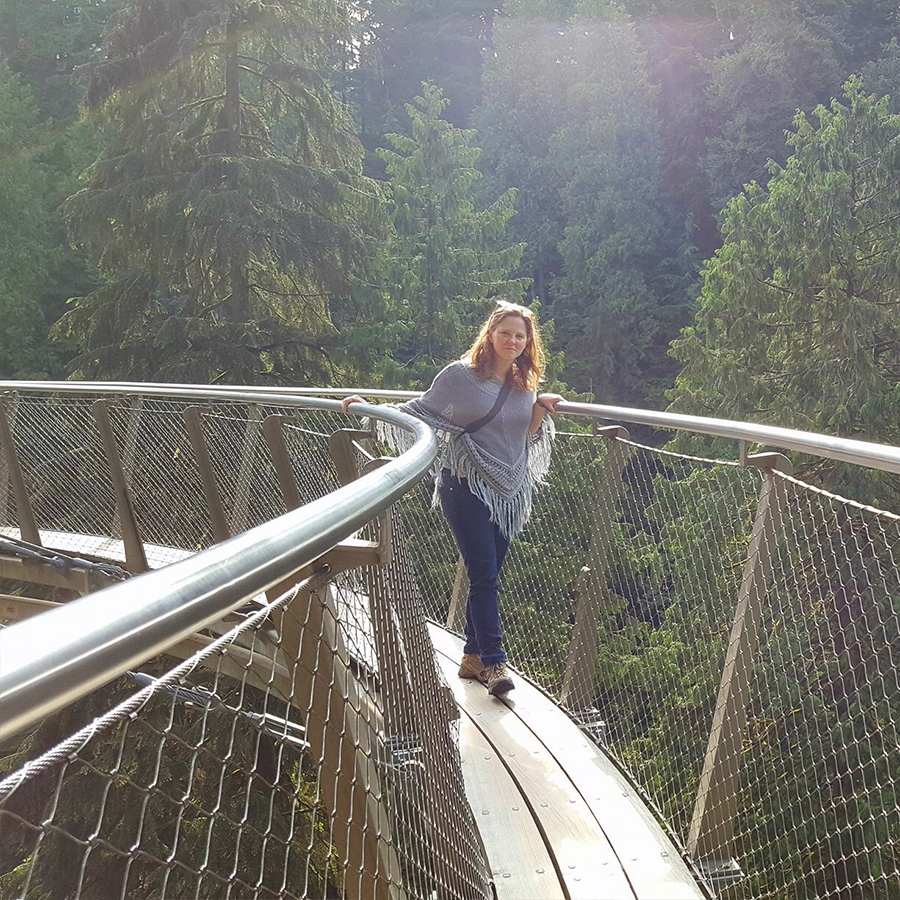 We learned later there were cheaper (read: free) altneratives around, but we still had a great time and would totally go back. 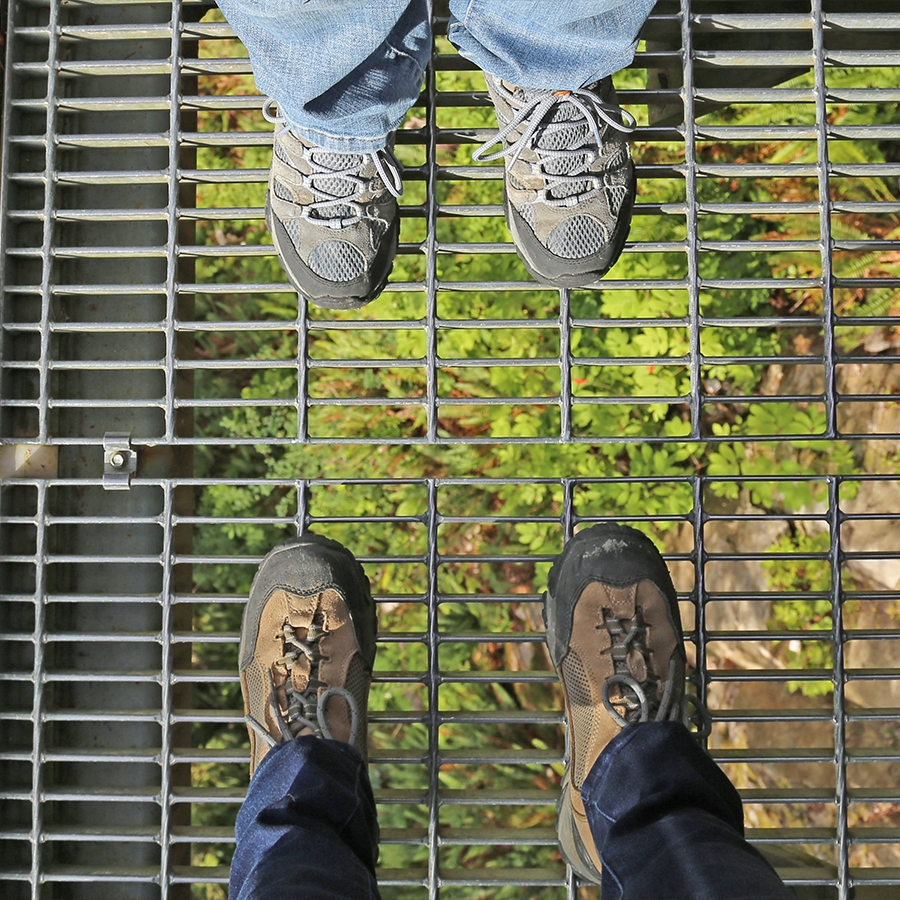 Continuing to be daring

Under the recommendation of a friend, we drove along the Sea-to-Sky Highway from Vancouver to Whistler. The views rivaled those Josh and I saw in Alaska... for a LOT less effort. 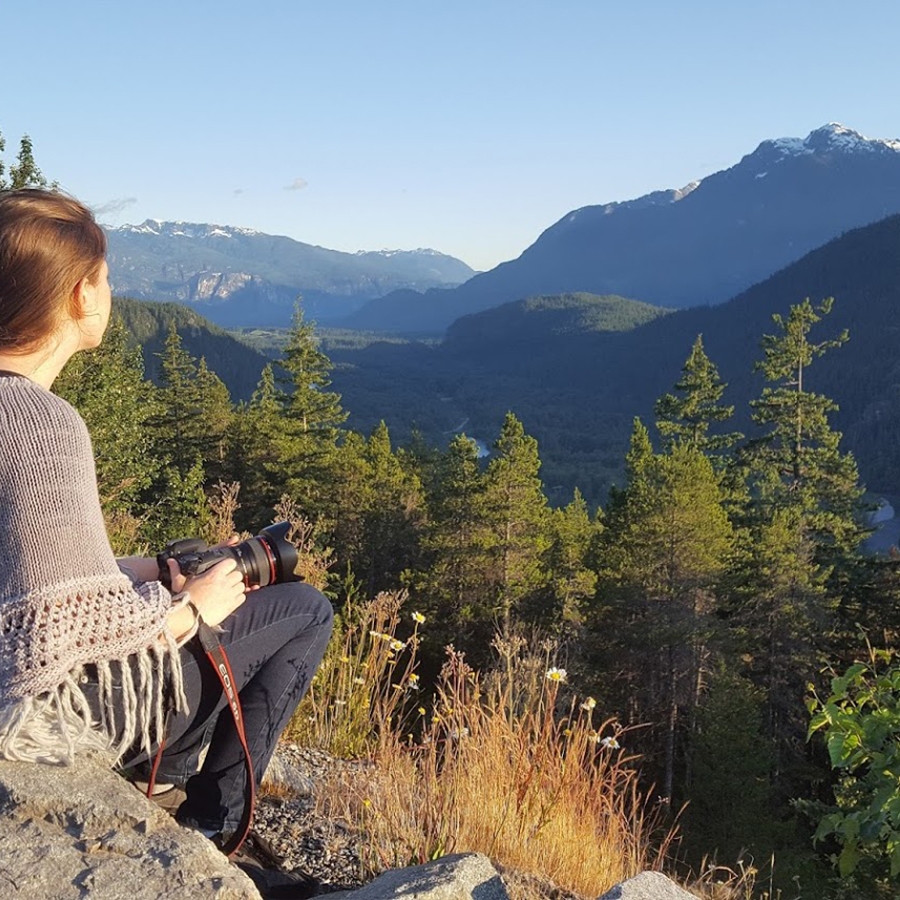 Awaiting sunset at the Tantalus Lookout

As a former Winter Olympics site, Whistler is definitely worth a look-see. These days, the Olympic Village is a ski resort with plenty of shops and restaurants to keep tourists busy, even in the summer. 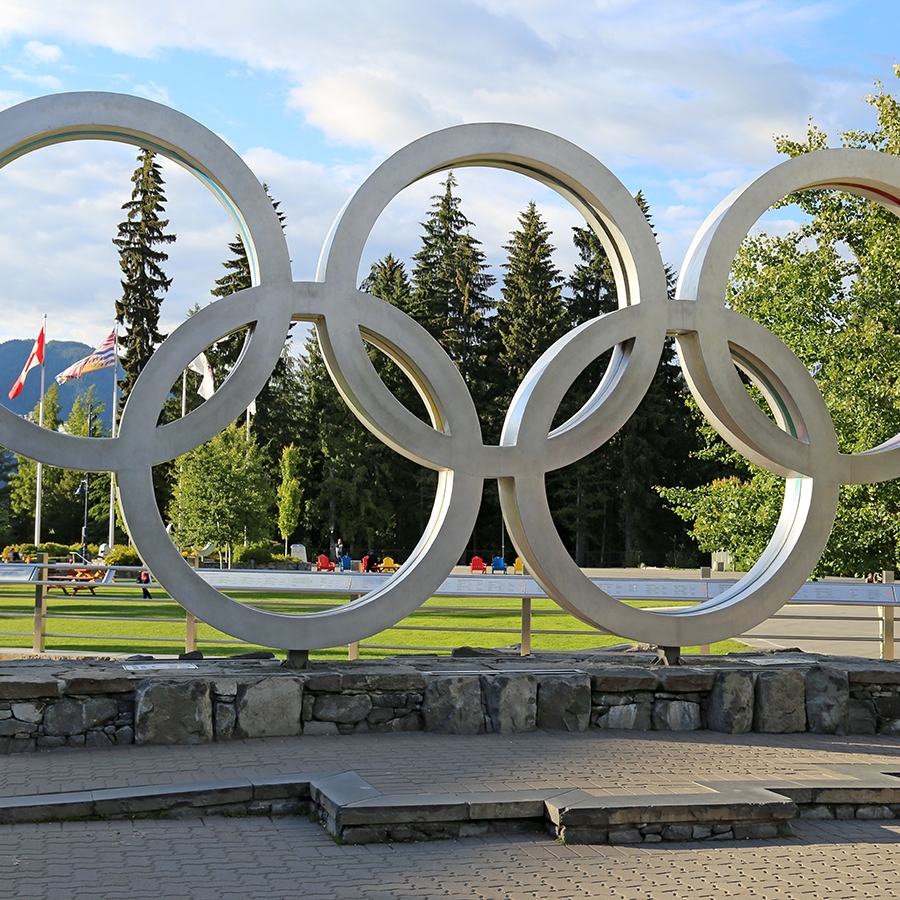 We also attempted a hike off the highway called Stawamus Chief. It was basically just 4.5 miles of stairs. (Going consistently up, I might add.) I was basically dead by the halfway point, so we abandoned that one.

Still, my glutes appreciated the effort. 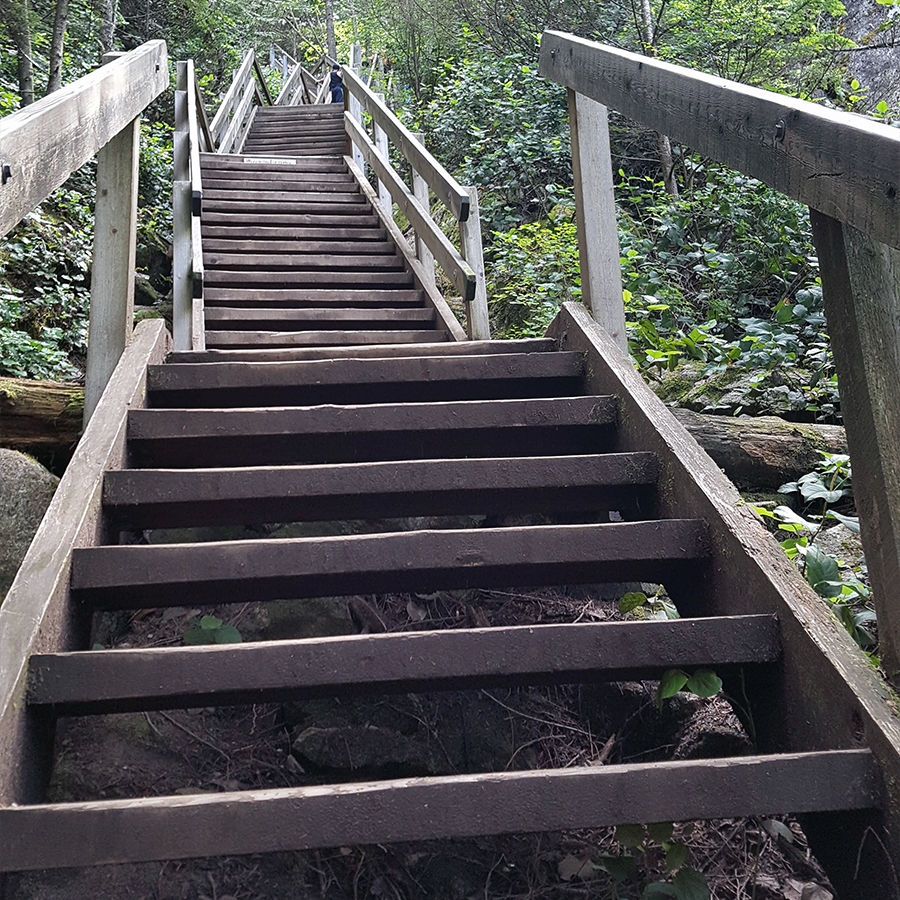 I'm afraid I don't have any RV-friendly tips to offer for staying in or around Vancouver. But I can assure you it's well worth a visit.

Seriously. Vancouver, y'all. Go. You won't regret it. Even a little bit.

And if you do have any recommendations for campers in RVs or tents, let me know in the comments.

What are your favorite places in or around Vancouver, BC? Share away! I'm definitely going back one of these days with Josh, so I want all your recommendations.