September 8, 2014 by Marie filed under Informational

Earlier this summer, when Josh and I decided we were serious about this whole living-in-an-RV thing, we started talking about how to reduce the amount of stuff we own.

Even big RVs don't have nearly the amount of storage space our 1,500 square foot house does, and having storage space means we haven't felt pressured to get rid of things.

Our attic alone held ten boxes of Christmas decorations, several of which I hadn't opened in years. We had three kitchens worth of cooking supplies — two from our single days as well as the set we received as wedding gifts (this being the only one we actually use). My closet was full of business attire I rarely had need for these days.

None of that had any place in our lives, much less in our RV. So we decided to sell as much of it as we could before donating the rest.

Pros and Cons of Garage Sales

We discussed how to sell items, and in the end we landed on having a garage sale, and then put bigger ticket items on Craigslist or Ebay.

We knew ahead of time there would be good and bad aspects of garage sales, and our experience confirmed these.

How the Garage Sale Went

Eventually, the garage sale dates were set: a Friday at one of the Outbound Adventurer's houses, and the following Saturday at our own.

One room at I time, I used my evenings to start going through stuff I'd held on to for years. I transcribed journals and story fragments I'd written in my youth. I ripped CDs I owned onto my hard drive. I untangled necklaces, scrubbed old microwaves and toasters and washed dusty blankets. I scribbled on hundreds of price tag stickers.

At 5:30 on the morning of the first sale, I willed myself out of bed and took a RAV4-load of stuff over to Jessi's house. 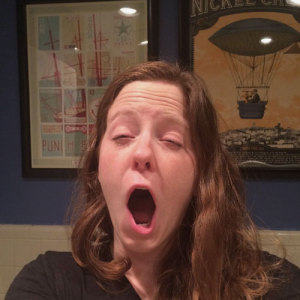 It was an early morning

Setup took a couple of hours, and we had five or six early birds staring us down like hawks for thirty minutes before we opened. Within an hour, we'd run out of $1 bills, even with plenty of petty cash to start the day.

We were sweaty in the 90 degree humidity, and we didn't get much of a chance to sit down. But it was working: our things were selling! In fact, Josh had to run home for a second carload because it was going so fast.Goodbye, extra dining table! See ya, school and craft supplies! So long, purses in every color! 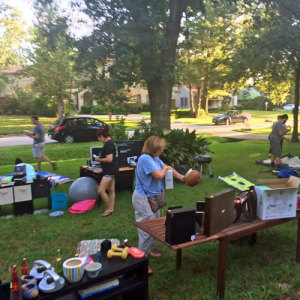 We had a steady stream of shoppers both days

That night, Josh and I summoned our remaining energy and priced hundreds more items. We stayed up until 2am, filling our living room with boxes upon boxes of stuff I had, at one point, actually cared about owning.

During the second day, the crowd of early birds numbered at least 15, and there were never fewer than half a dozen shoppers at any given time. They swarmed the cashier, delighted with the deals they were getting. We were just has happy they would get good use out of items we no longer had room for.

At the end of the weekend, we had sold a vast majority of the items we had priced, had earned some extra cash, and had learned a lot. 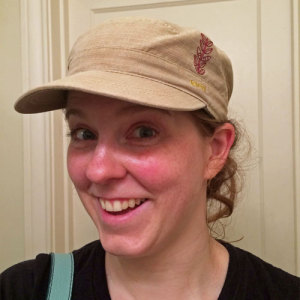 I also sweated a lot

Sore and exhausted, but finally blessedly clean, Josh and I reflected last night on the yard sale. We realized we had more than just come to terms with shedding our belongings — we welcomed the opportunity to live more simply. We are now more excited than ever about our upcoming adventure.

It'll feel even more real this Thursday, when we become the official owners of our very first RV. Be sure to check in next week for the big reveal!

Have you learned valuable lessons from having garage sales? Tell me about them in the comments.

← Welcome, Garage Sale Shoppers!
Take a Home-on-Wheels Tour and Learn Why We Bought a Fifth Wheel →