On February 28, we finally crossed over the Texas state line into New Mexico and new territory.

On our drive from Marfa, we passed Guadalupe Mountains National Park, which had received a beautiful dusting of snow that made the journey truly special. 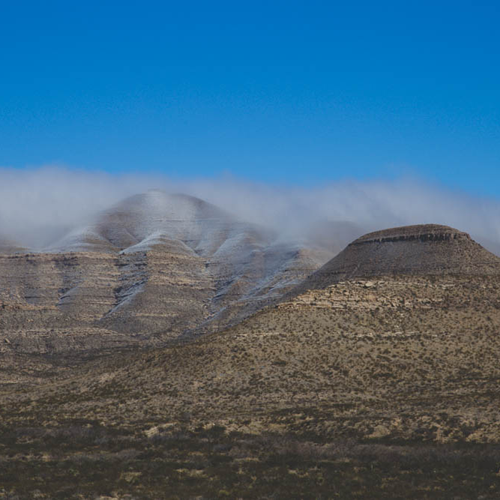 Our first view of the snowy mountains 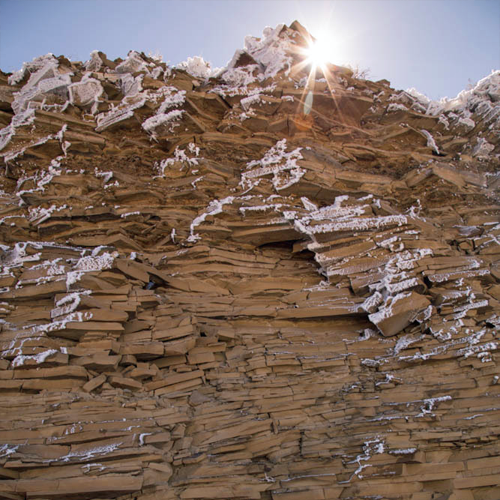 Frost hid where the sun couldn't find it 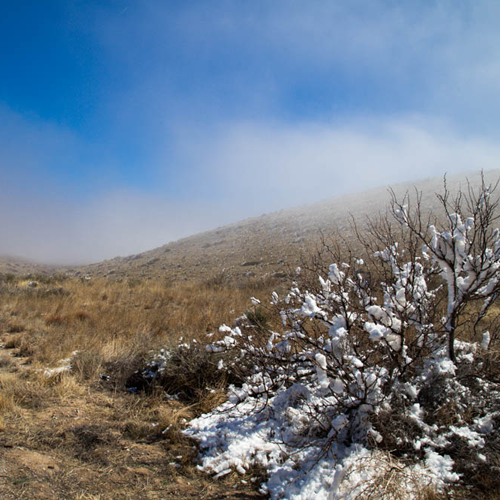 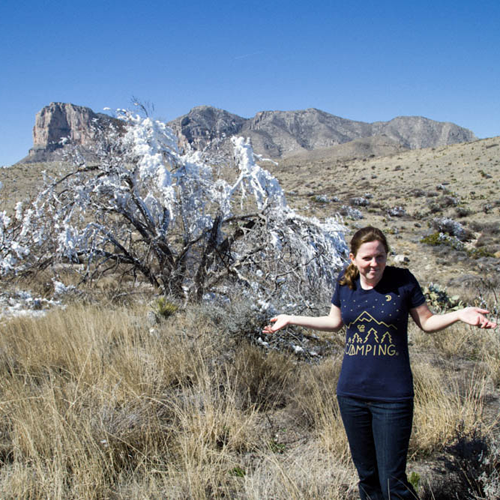 Snow in the desert? Bewildering! By the way, that's El Capitan in the background. 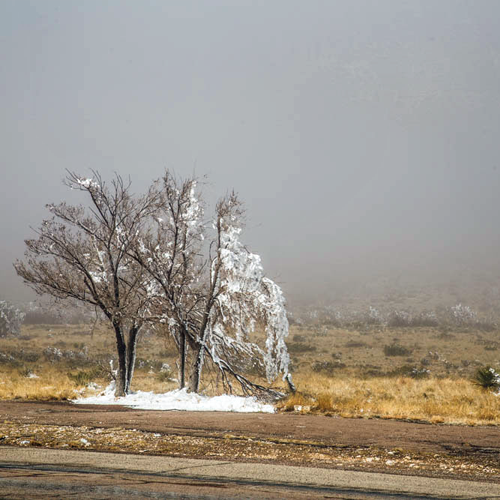 This is a new side of Texas 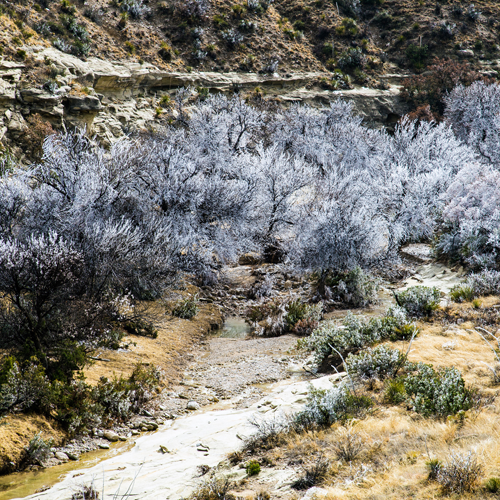 The icy trees of Bell Canyon 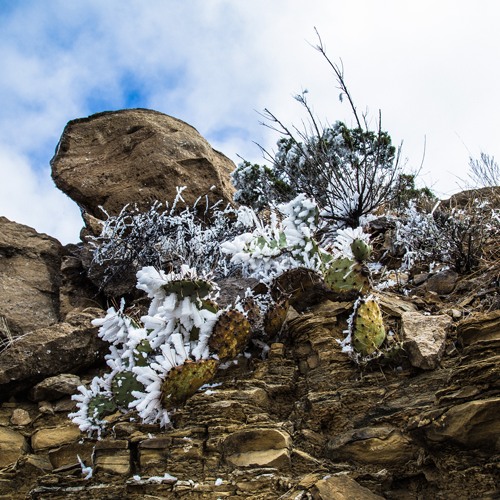 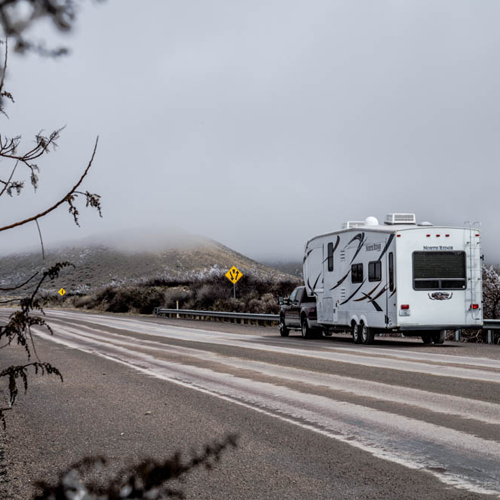 Off we go (after the 15th photography break or so; worth it!)

Although it was a bit of a drive from Carlsbad, itself, we had chosen to stay at The Ranch, an Escapees-associated Co-Op RV park. Escapees Co-Ops are privately-owned parks that have parcels of land owned by various Escapees members.

As Escapees members, we enjoy supporting the community, but we were also taken in by the amazing price: $50 a week plus electricity. 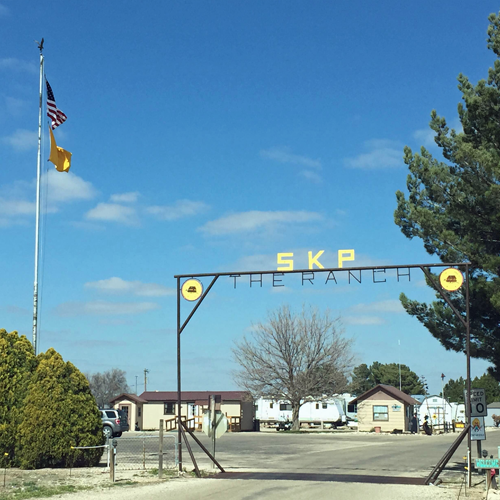 I'd heard that The Ranch was supposed to be one of the friendliest campgrounds in the US, and after our stay, I'd definitely not argue with that designation. When we pulled up, one of the office workers immediately headed to a bell on a pole, ringing it to let everyone know newcomers had arrived. 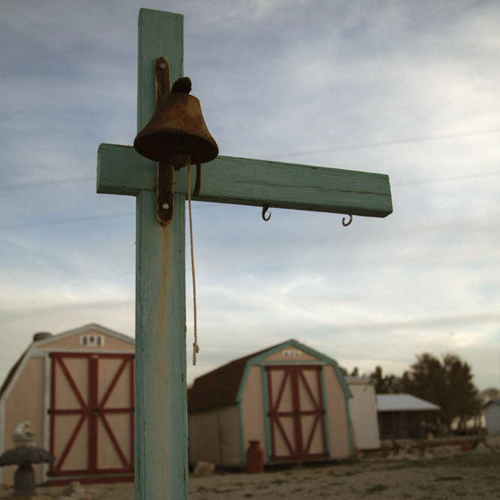 We had help navigating to and backing up into our campsite, and we were invited to join the nightly happy hour by several residents. 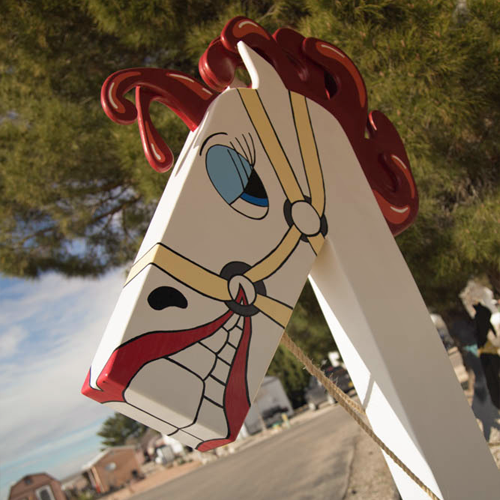 Not including this questionable horse

When site owners are not at home, their lots are rented out to other Escapees members who are just visiting like us. Even though we weren't land owners there, we felt immediately like a part of the family. 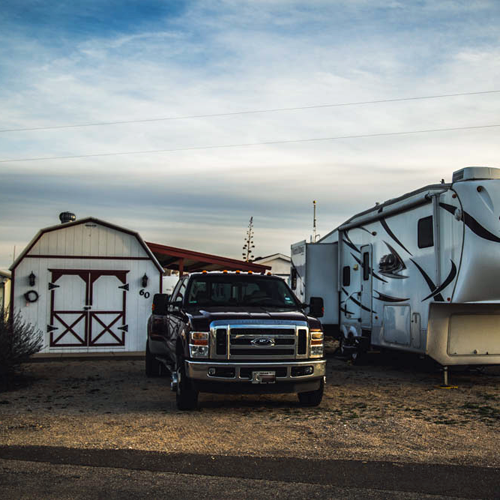 I did eventually make it to one of the happy hours, and I was lucky enough to go on a night when the crowd was treated to a special guest. 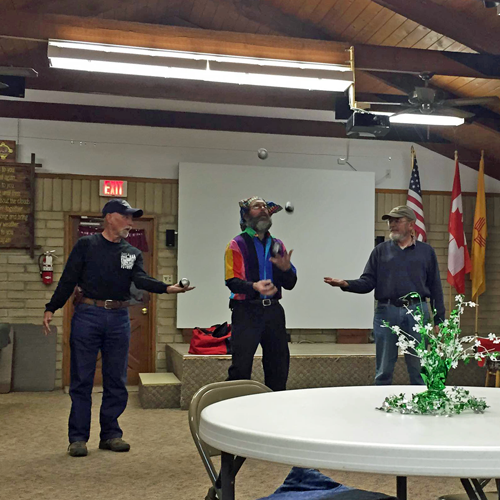 Juggling, magic and a sing-a-long.

The Ranch was actually closer to Artesia to the north than Carlsbad to the south, and a good thing. We liked Artesia's small-town charm far better than Carlsbad. 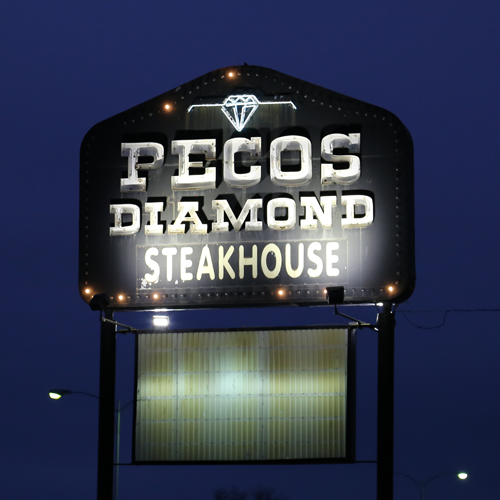 For a steakhouse whose reviews praised the salad bar, the meat was actually pretty delicious!

But our main reason for staying in the area was so we could visit Carlsbad Caverns National Park. This proved the highlight of our stay. 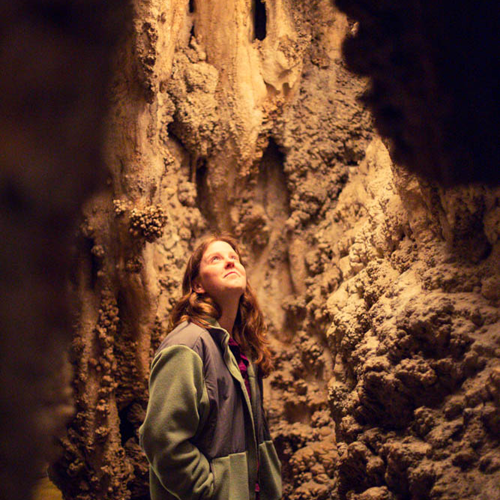 Yeah, I had this look on my face the whole time

We elected to take the Kings Room ranger-guided tour. It was an excellent experience. 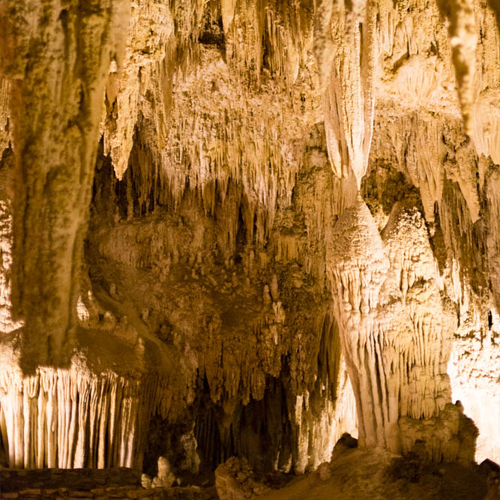 Ranger Eric did a phenomenal job teaching us about the Caverns' history and geology in an engaging way. 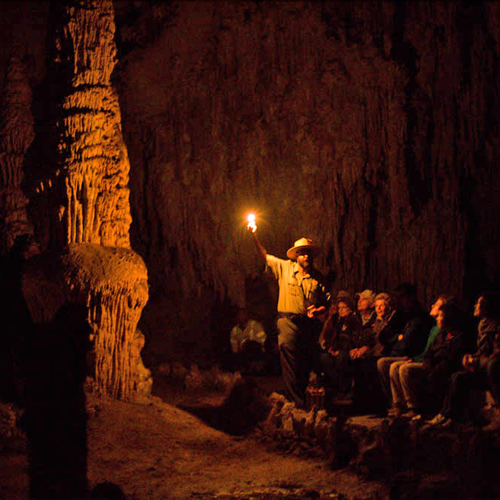 Ranger Eric telling the story of the Cavern's first champion... and the time he almost lost his way in the dark

From what I've heard and experienced, the guided tours at Carlsbad Caverns National Park are some of the best in the nation, so don't miss the chance to have an enjoyable time if you're in the area. 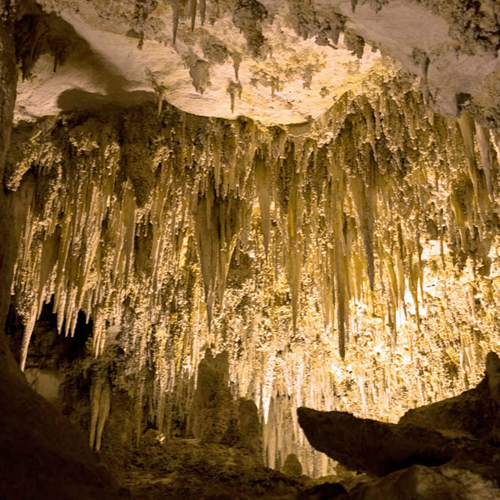 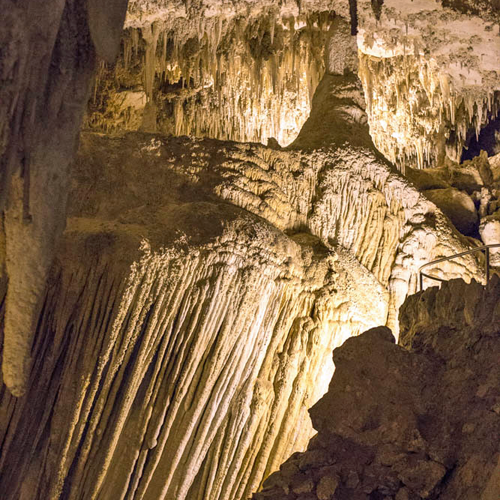 I see the root structure of a weeping willow. What about you? 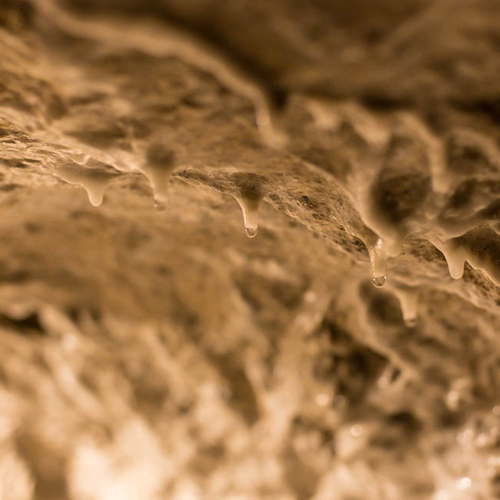 As water permeates the rock, it picks up calcium bicarbonate, which creates formations at an agonizingly slow rate. These are about 80 years old and as long as a thumbnail is wide. 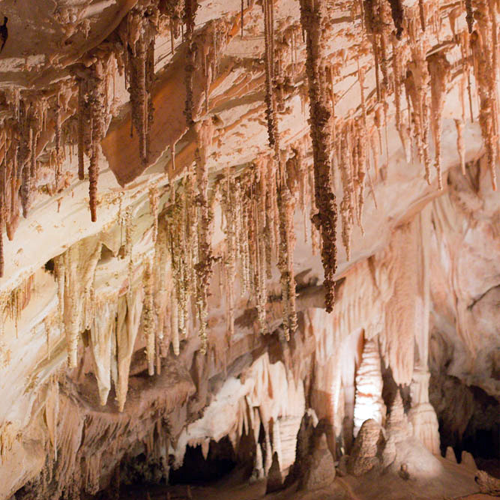 See the witch's broom in the bottom right corner? 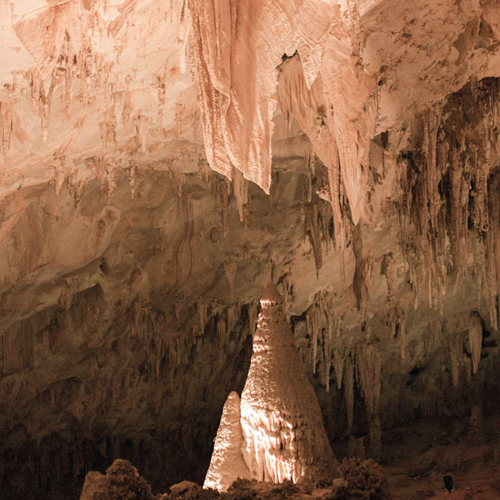 These beautiful formations are found in the Papoose Room 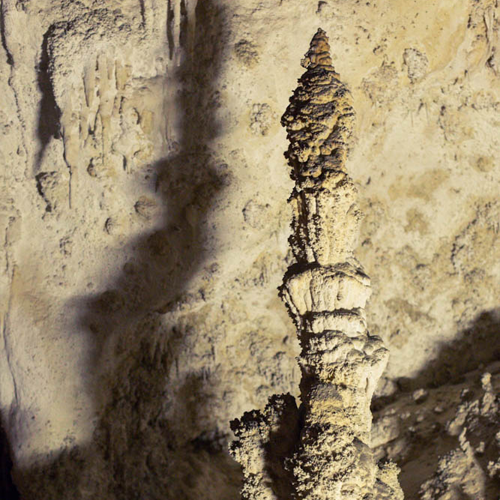 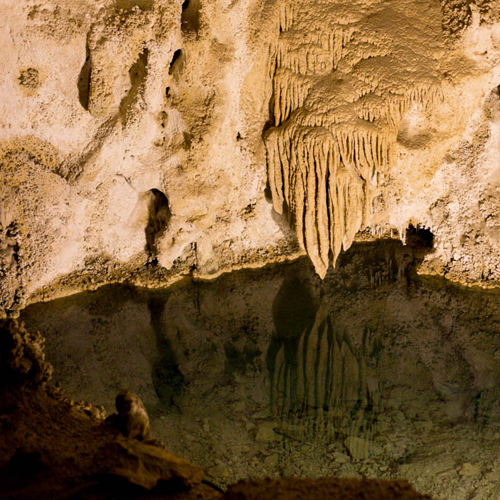 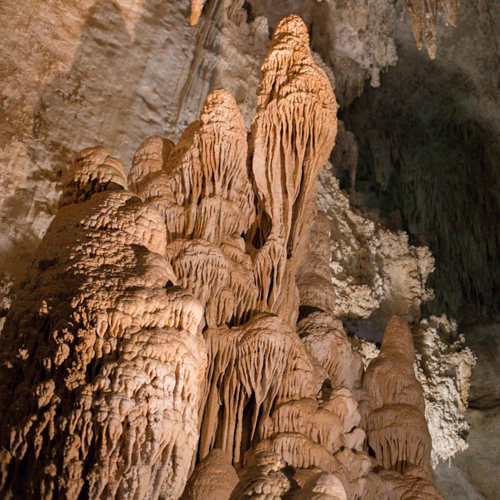 Although we never saw any bats in the cave, the rangers sure do love them. 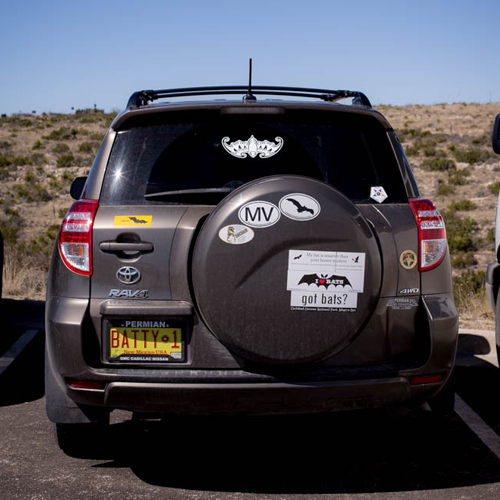 Have you visited Carlsbad Caverns or other caves? What is your favorite part? Link to a blog post if you have one.