Week 1 in Albuquerque: History and Friends

From Carlsbad, we took the less direct but more scenic route to Albuquerque through Lincoln National Forest. After passing through snowy towns that had me wondering if we had been transported to Colorado, we passed through a tunnel and were greeted with this view of the valley and desert beyond. 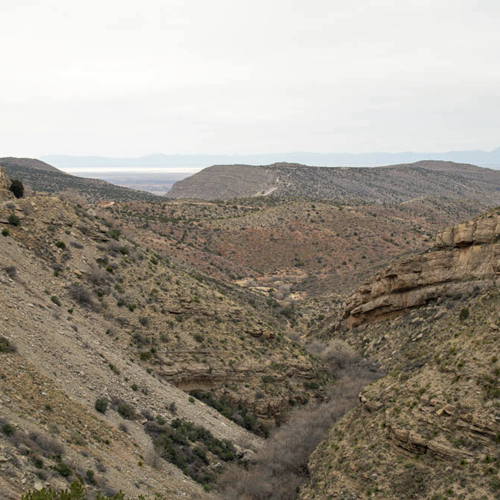 That's not snow in the distance — it's White Sands National Monument

White Sands wasn't on the docket for this trip, but we did enjoy passing through its shadowy neighbor, the Valley of Fires Recreation Area. Here, huge chunks of black, volcanic rock have been deposited for miles along the valley. It is an awesome, alien sight.

Just a day after we got settled in to our new home at High Desert RV Park, we were invited to have dinner with friends. The last time we had seen Kristy and Mark, Josh and I weren't even married yet. Now years have passed, and Kristy and Mark are parents to the adorable Aden. We had a great time catching up and getting to know their son. 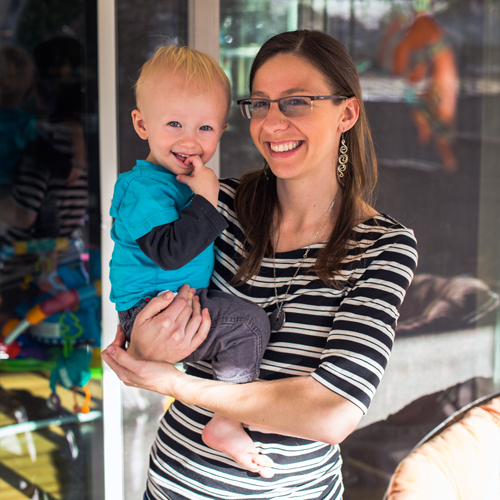 Whenever Aden is upset, just swing a camera in his direction, and he breaks out this adorable grin

Just a few days later, Josh's parents took off in their beloved Camaro from Amarillo to spend the weekend with us. Plans to explore the Turquoise Trail were dashed by untimely RV repairs, but we made the most of our time by exploring local attractions.

First, we headed to Petroglyph National Monument, taking the afternoon to explore this beautiful place. 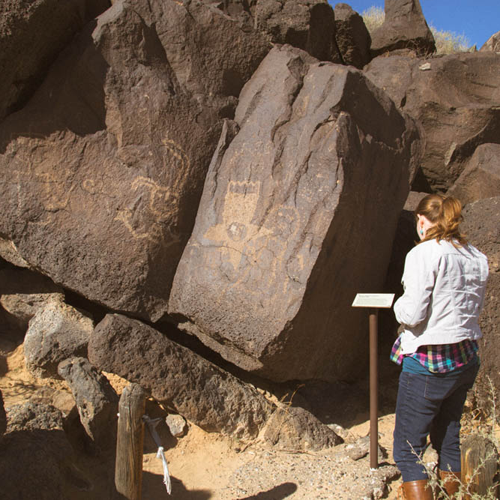 Unlike Texas' Seminole Canyon, the art here is carved into the rock, rather than painted on. 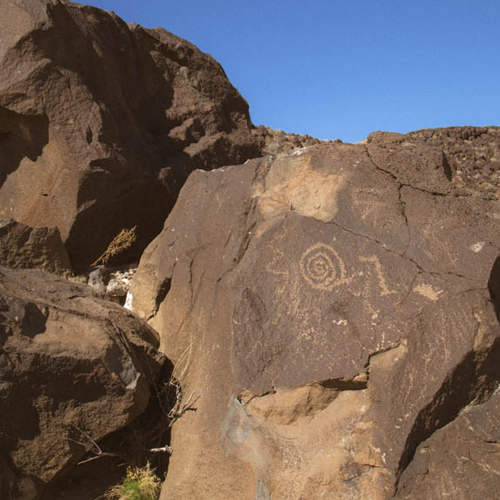 The rock itself was formed from volcanoes 130,000 years ago. 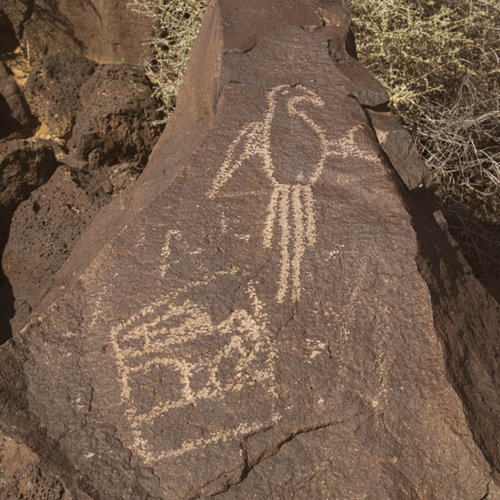 The Macaw Trail is named for this petroglyph

After hiking, we had an appetite, so we returned to the RV to cook up steaks for dinner. 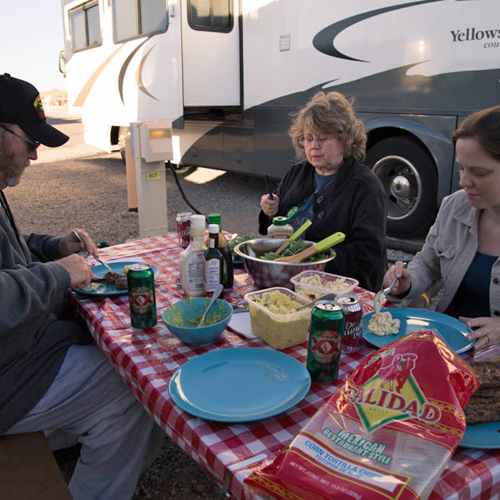 Loving the weather and the Weber grill

The next day, we ventured into the heart of Albuquerque: Old Town. 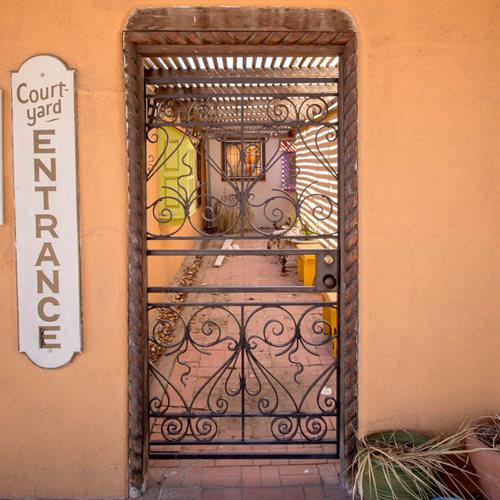 We had lunch at the highly rated Quesadilla Grille set in one of the charming courtyards. 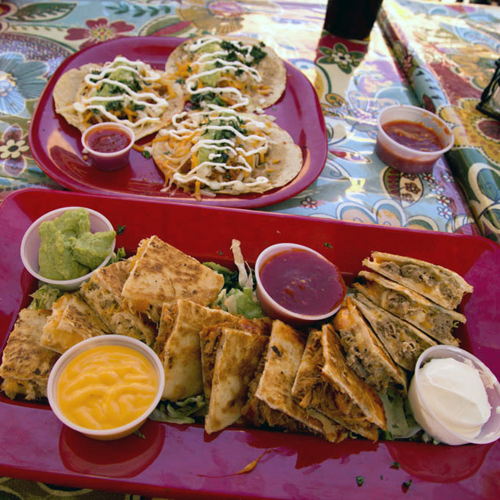 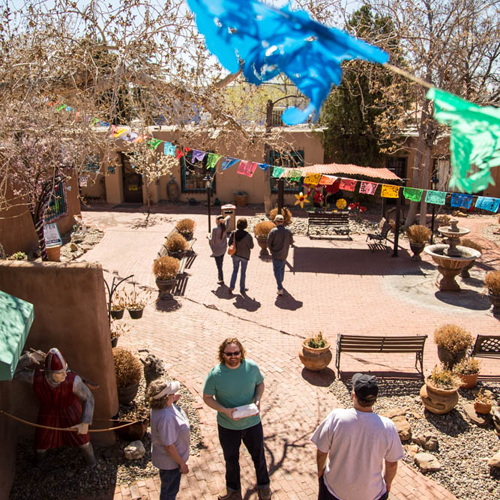 View of the courtyard from above 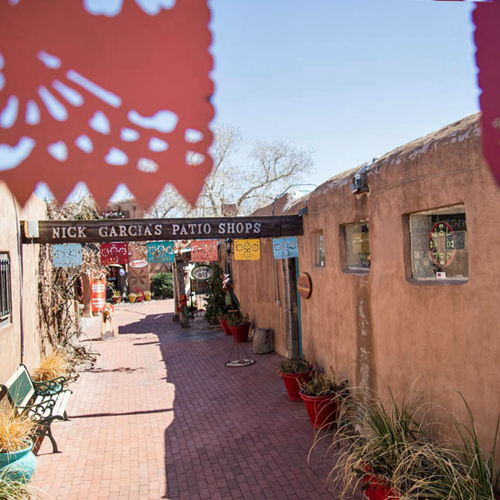 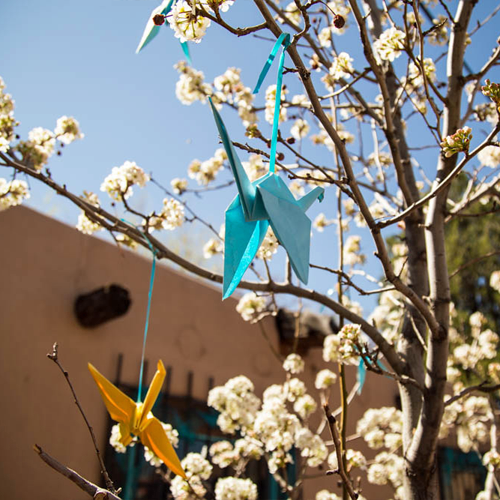 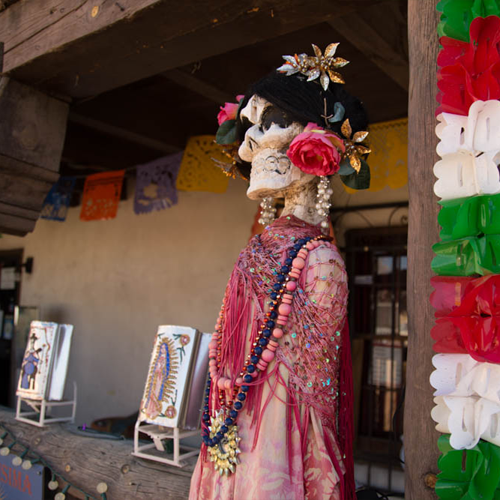 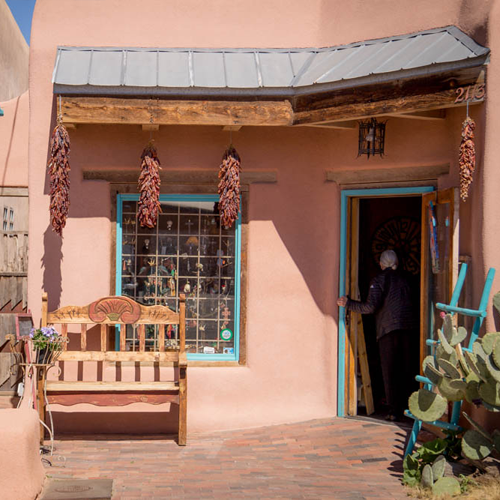 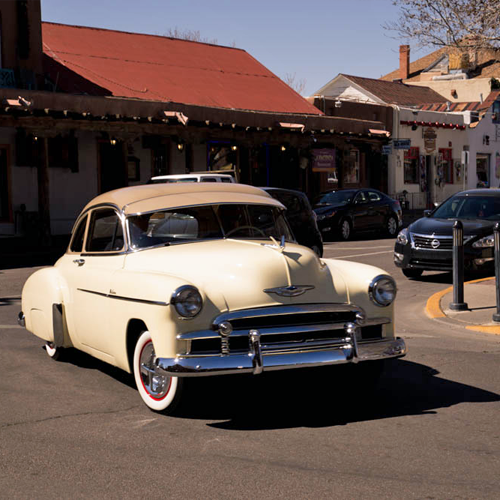 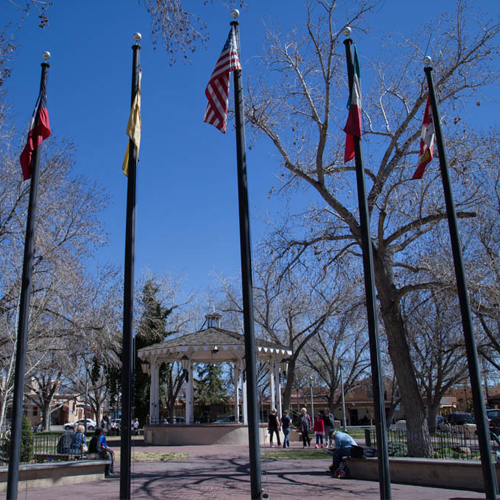 Flags in the Plaza

It was far too soon when we said goodbye to Josh's parents, and we hope they're able to join us for more adventures soon.

What are your favorite memories of visiting Albuquerque or New Mexico?